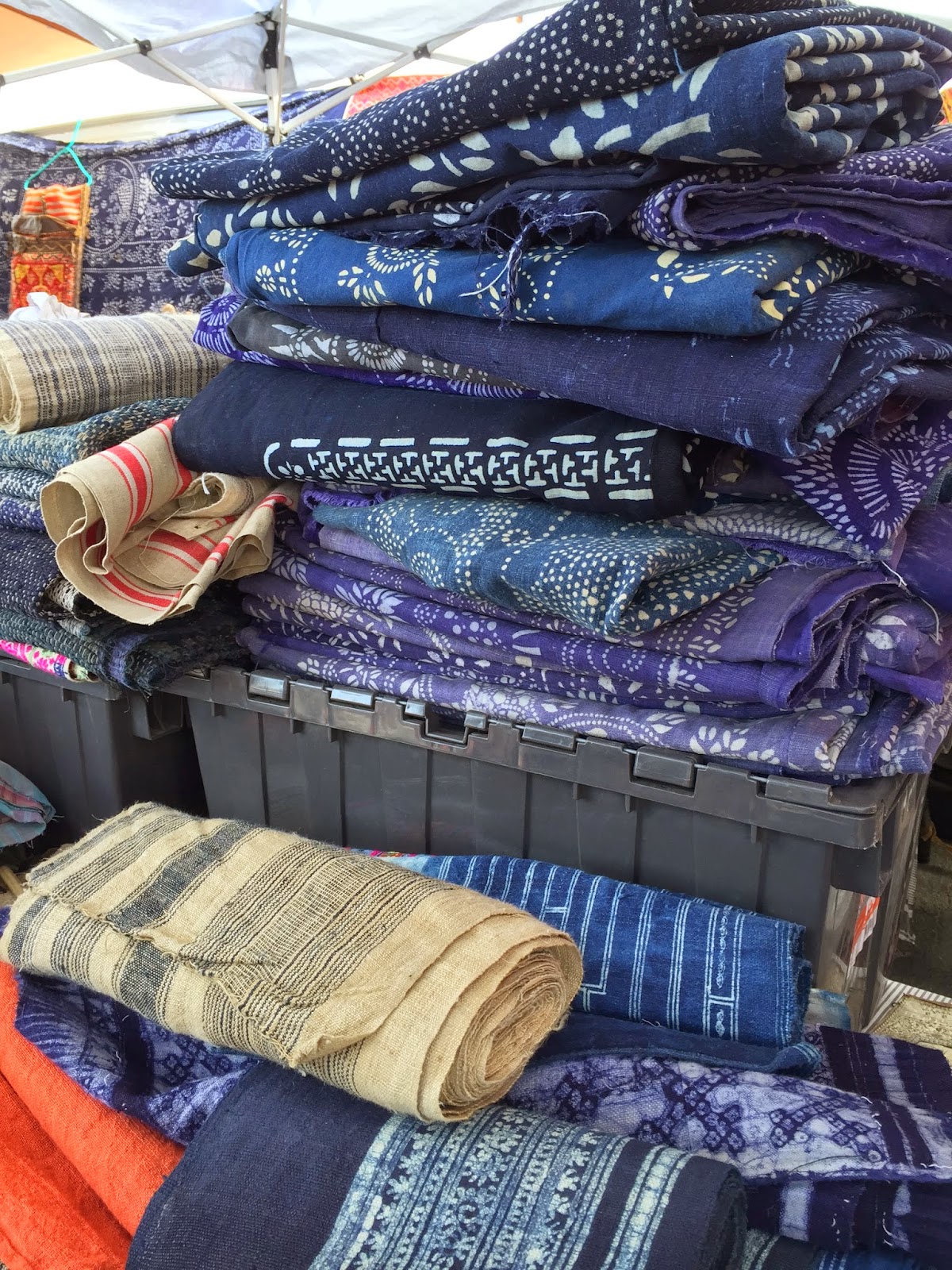 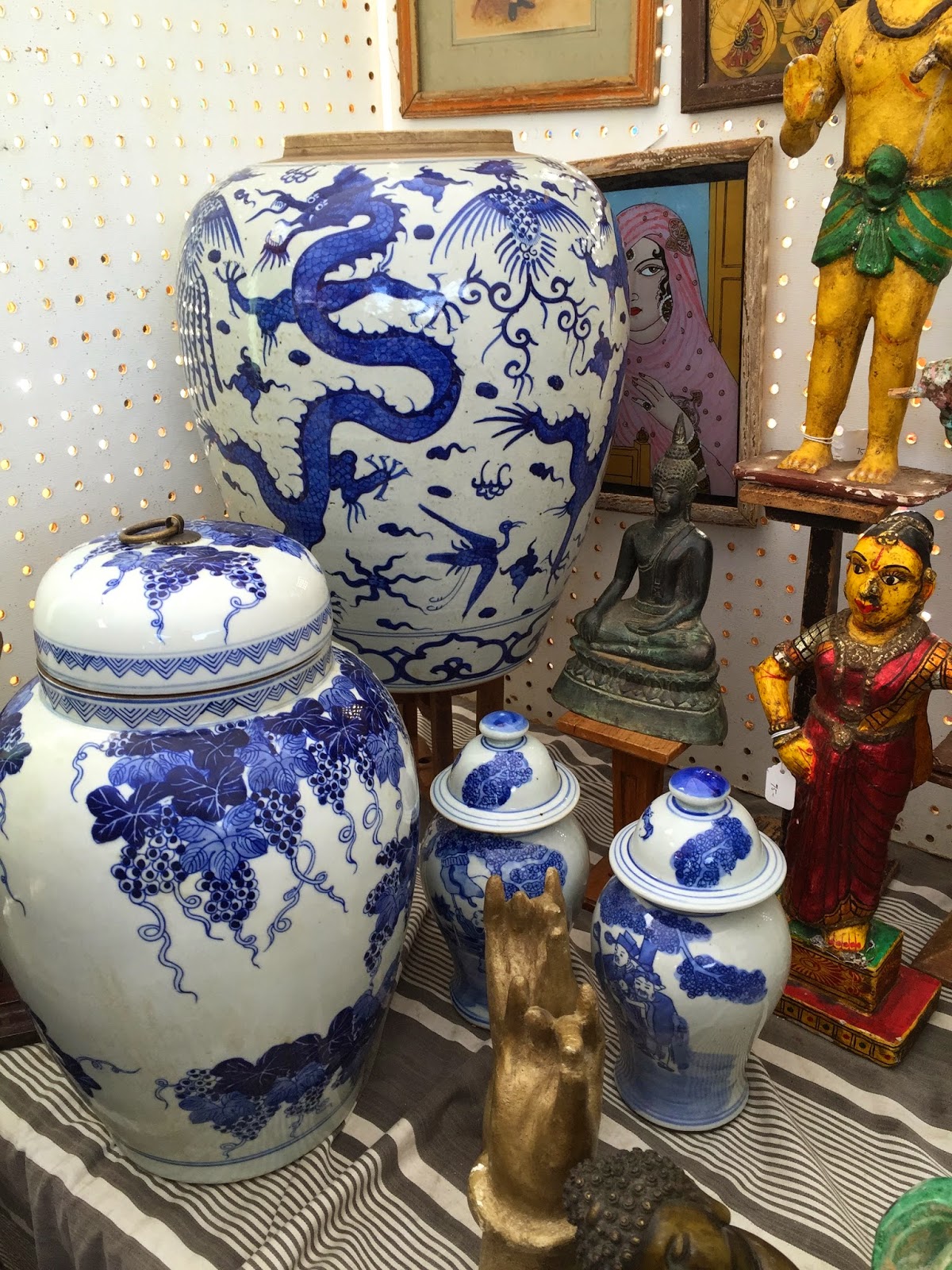 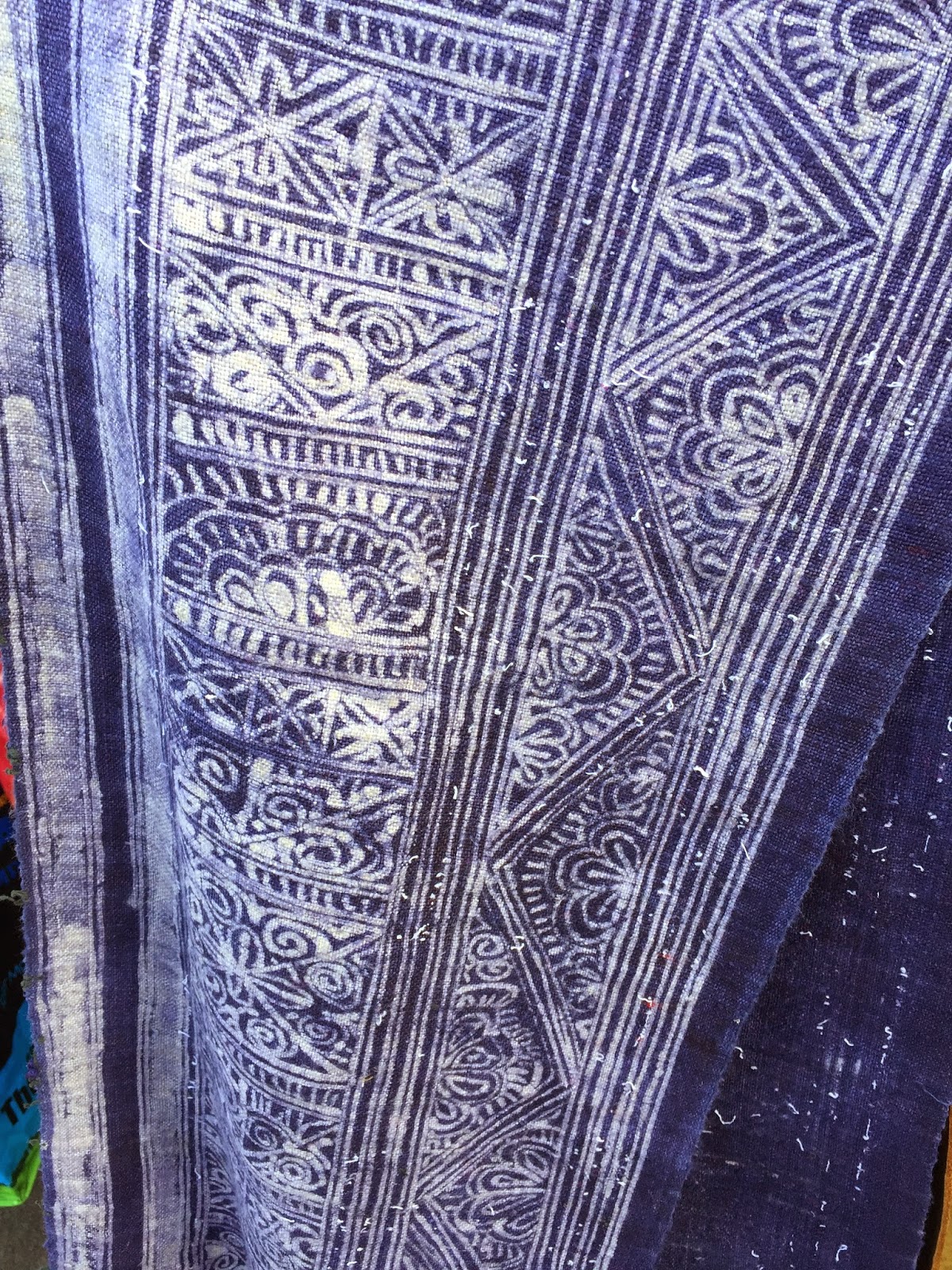 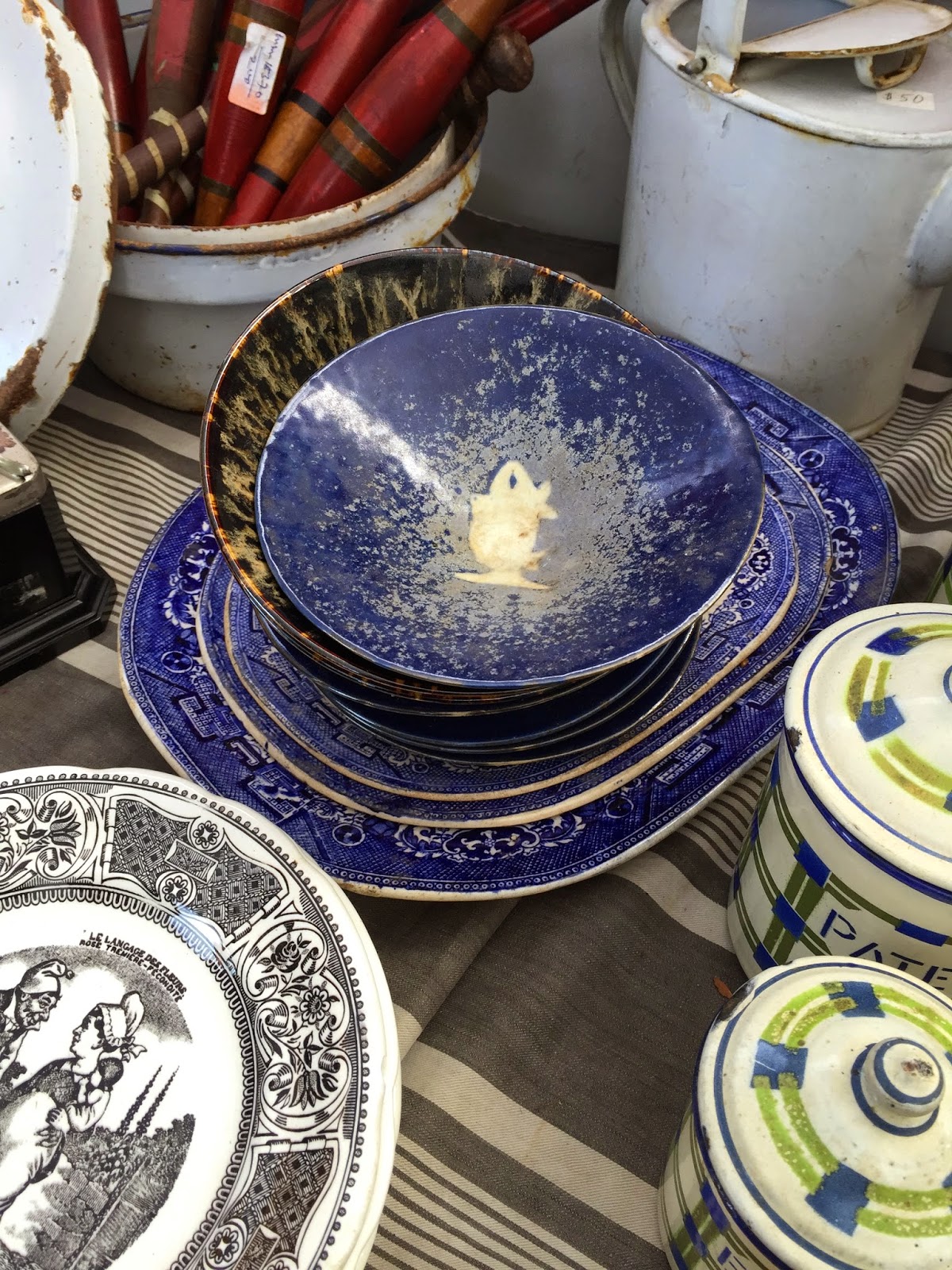 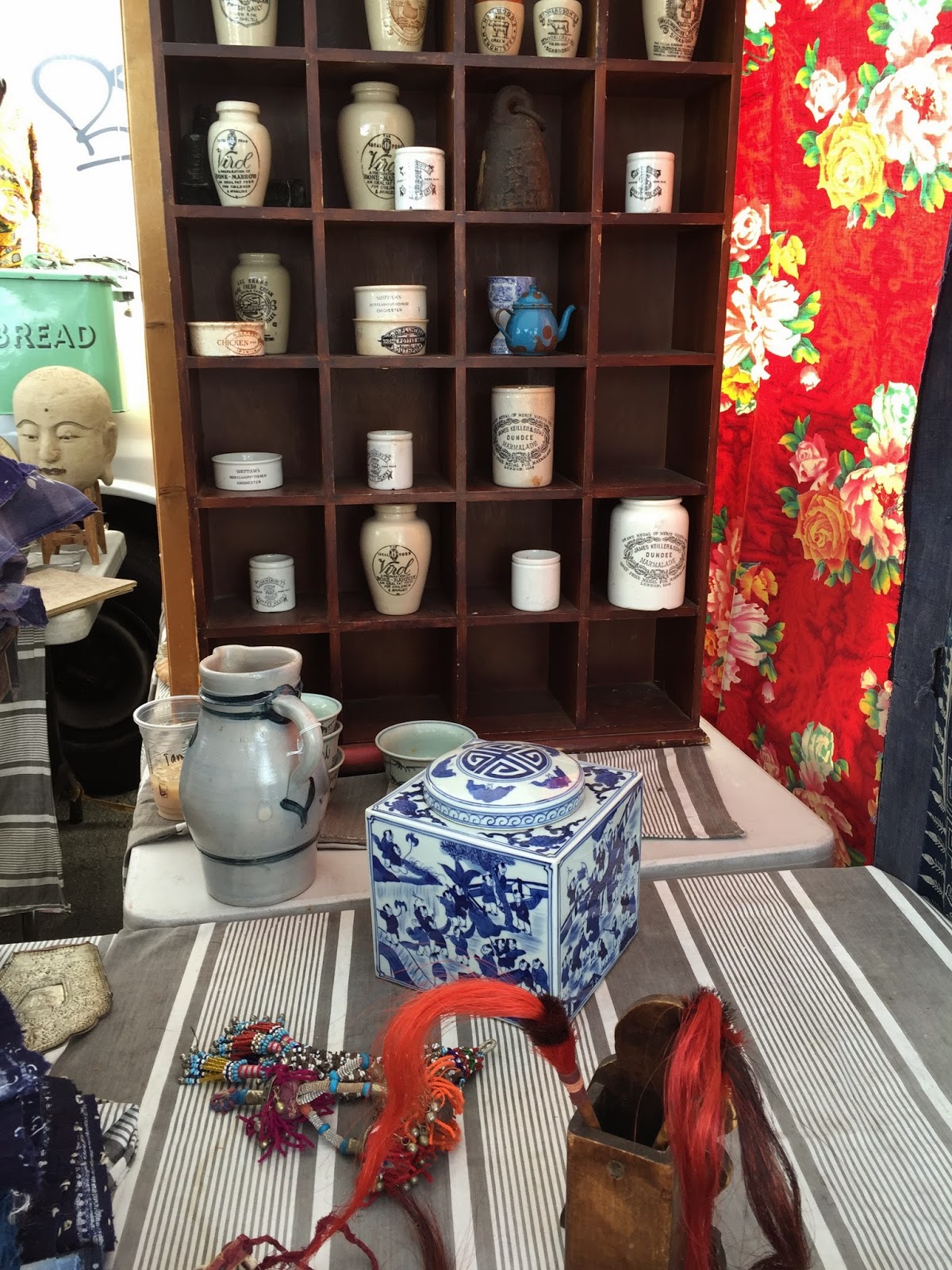 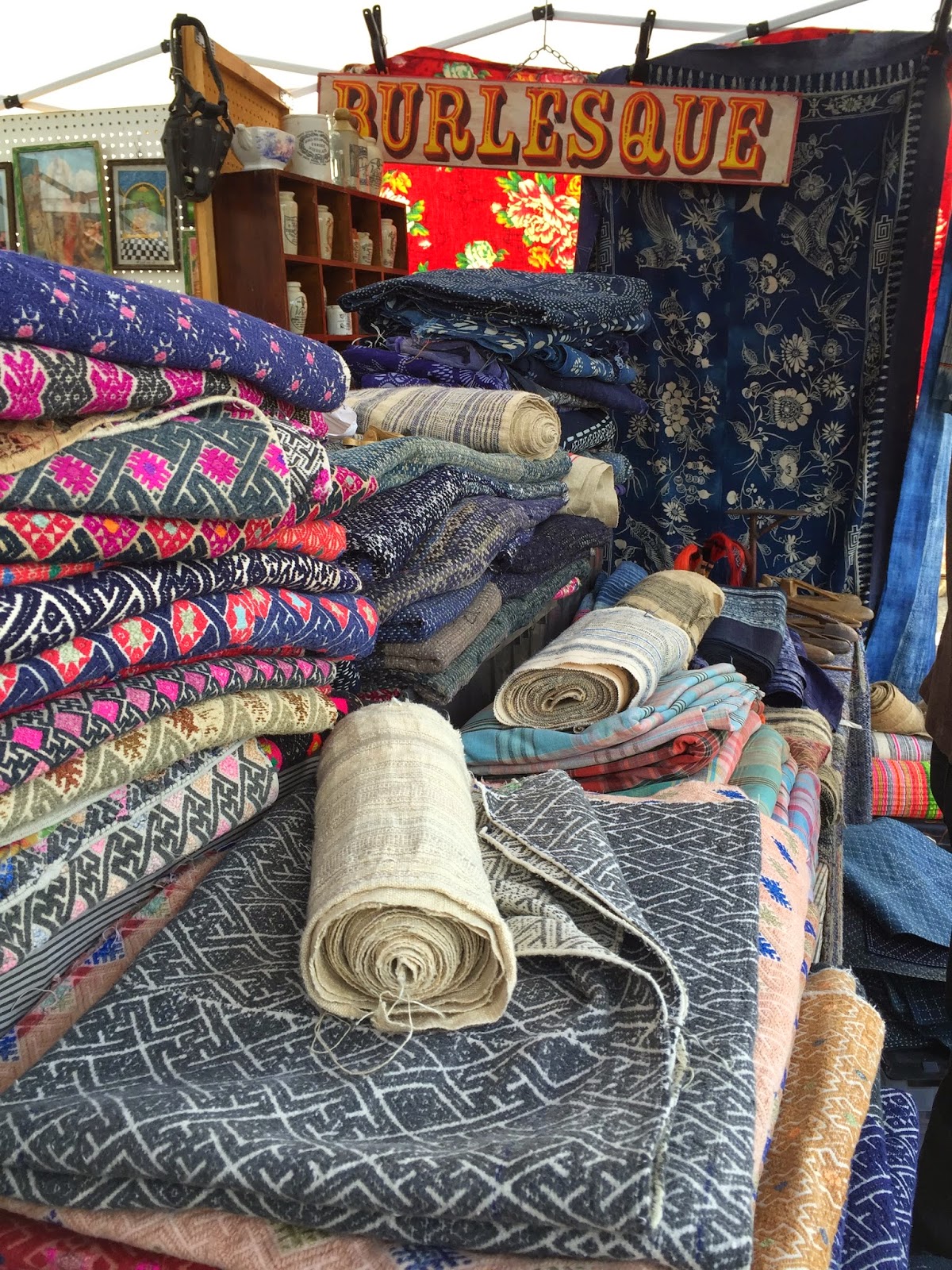 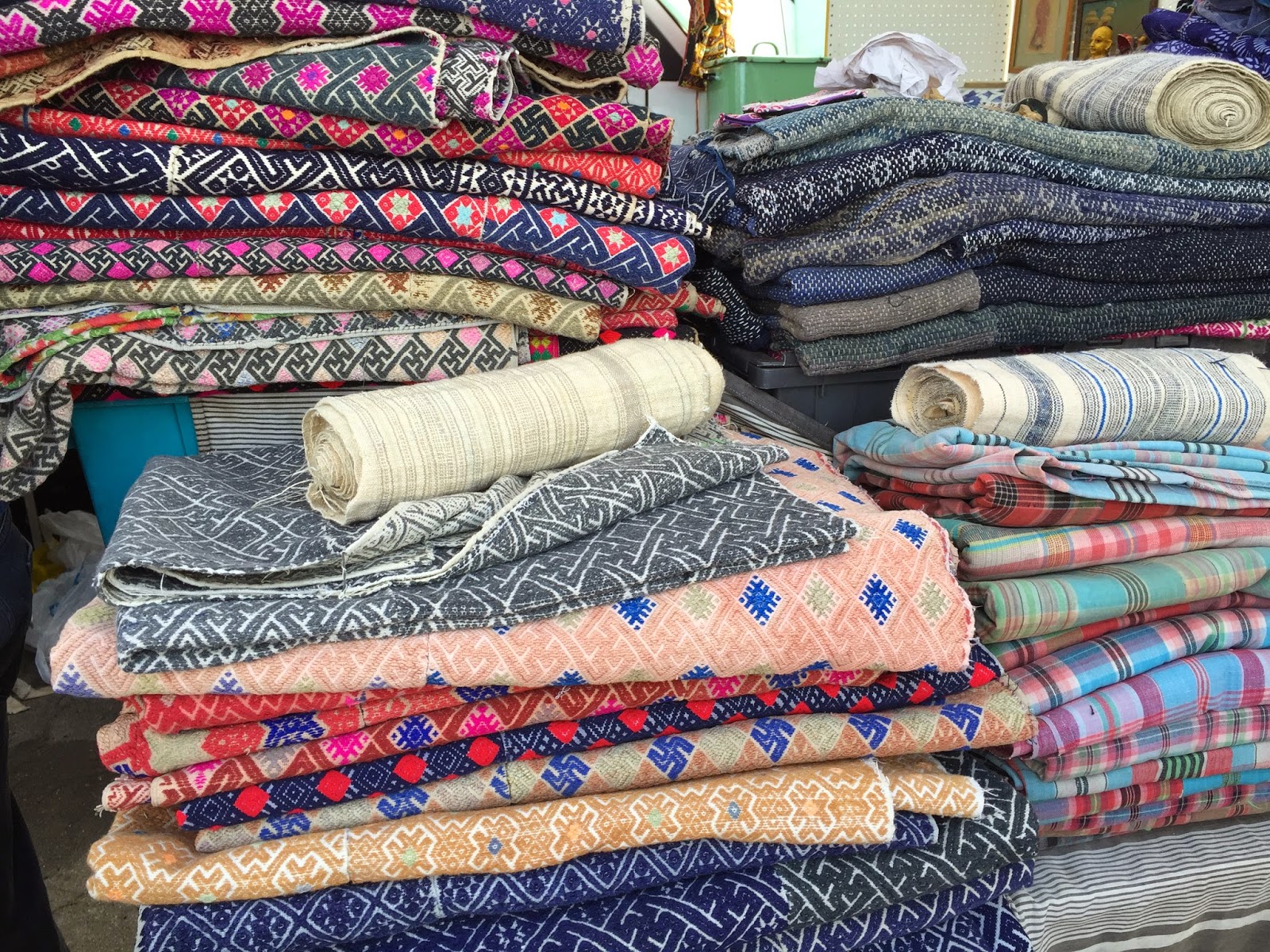 All these images were taken at my favorite booth at The Alameda Point Antiques Faire on Sunday. 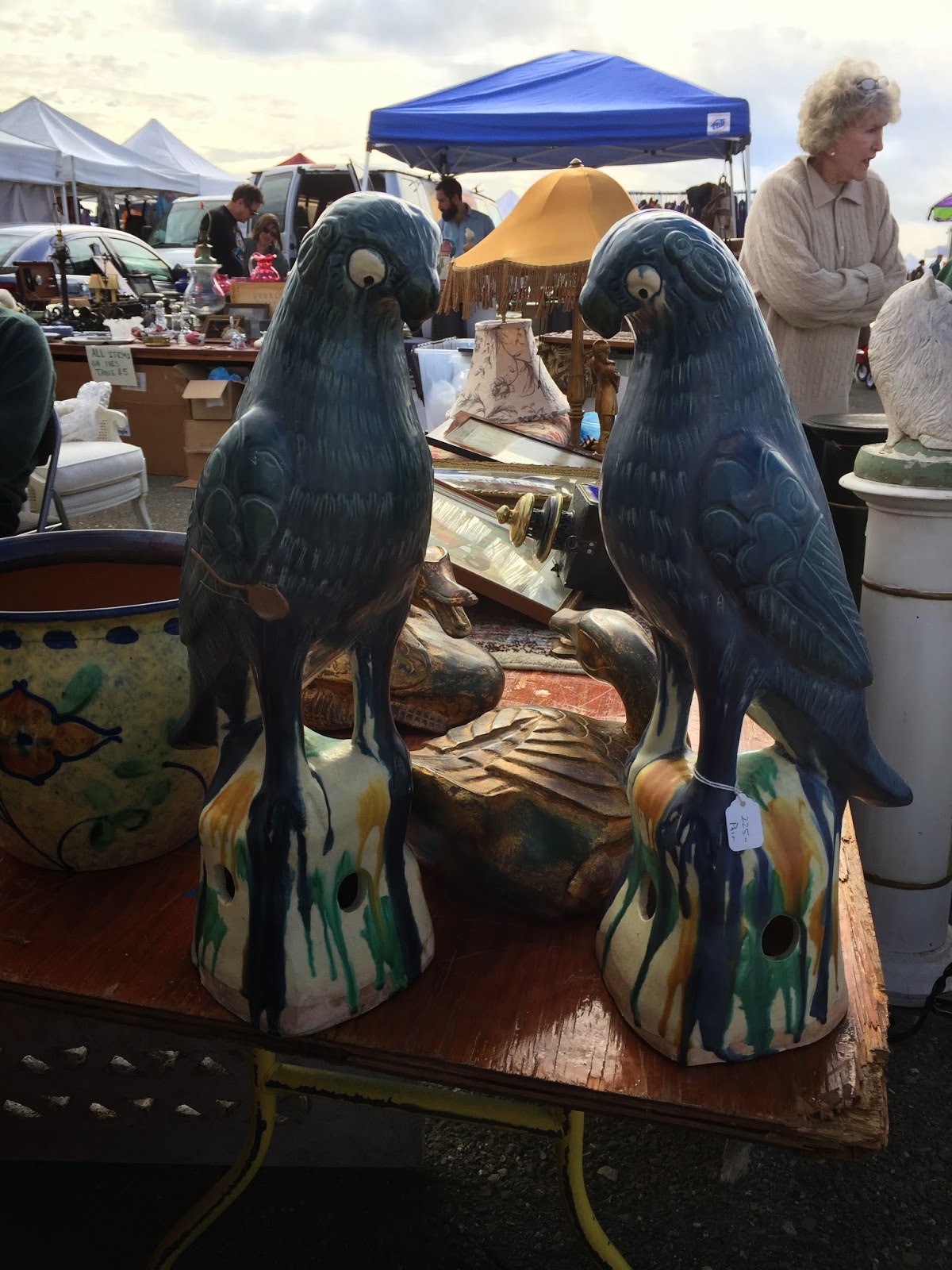 I fell in love with this pair of Chinese ceramic roof tile parrots who are now happily ensconced on my fireplace mantle! 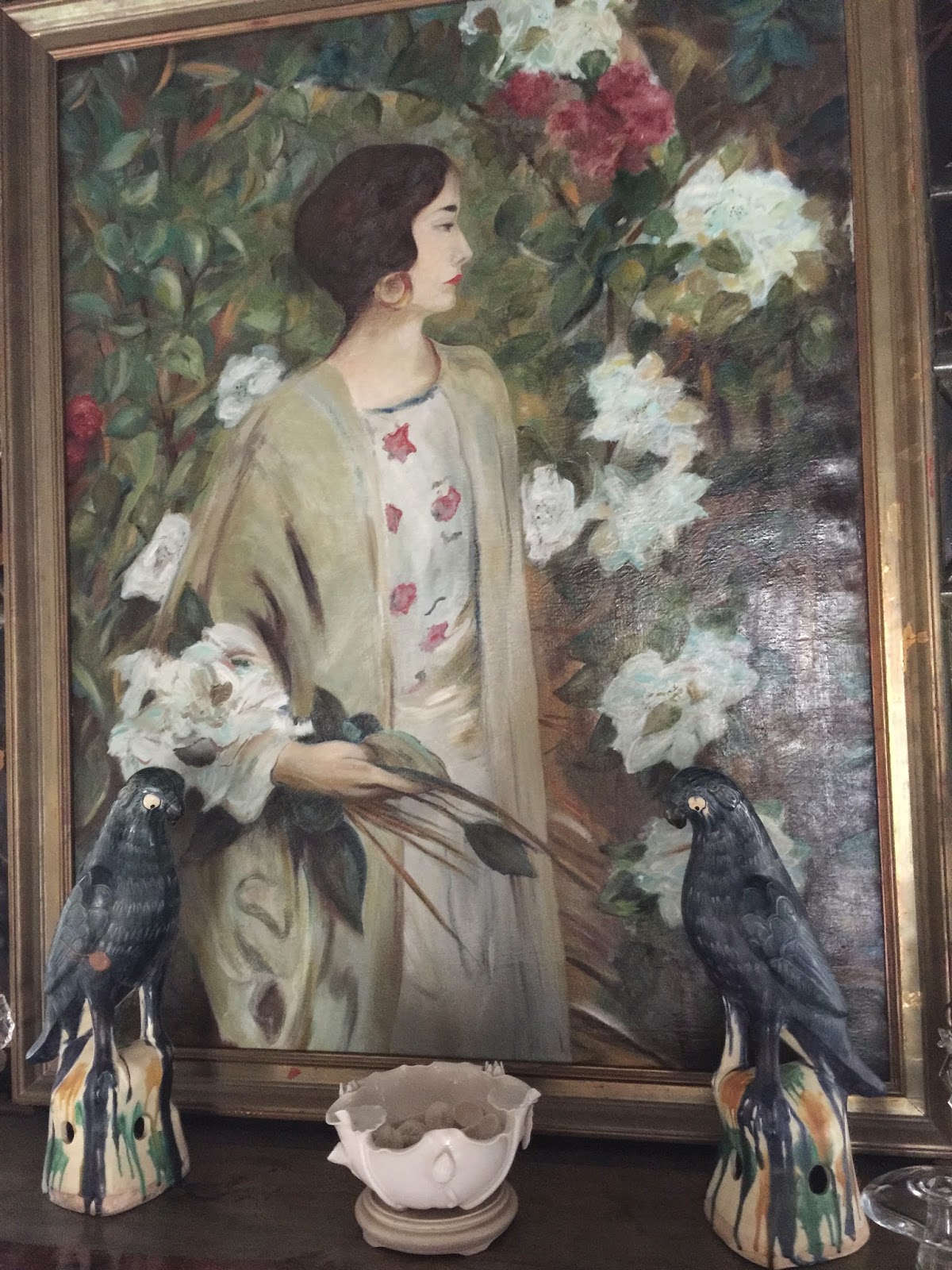 During the late 19th Century to the early 20th Century, it was common for the Chinese to keep ceramic parrot tiles perched on their rooftops to protect the people who lived or worked inside.  The more parrot tiles on the roof, the more important the residents were.  These parrot tiles also protected government buildings but no building could have more than nine tiles.  It was believed that parrots would bring positive energy (chi) to the dwelling.  In Chinese history and in the art of feng shui, parrots were thought to be a source of opportunity bringing positive energy and keeping negative energy at bay.

Love seeing blue through your eyes!

A favorite color of mine as well Terri; however I really adore the parrots and the story behind them!!

Thanks Kathysue and Karena!
You two are always so sweet to drop over and visit!!
Love you both:)

One of my favorites and I love the indigo and white textiles!!

We are sisters, in design choices. No beige rooms in my home! These colors, patterns and textures are beautiful. Looks like Alemeda. I NEED to go! :)

You and I are on the same wavelength! I am loving those indigo textiles!! Those parrots are pure fun!!

A few years ago we watched an elderly couple in their studio in Burgenland (Austria) hand block print blue indigo fabrics. It is so very time consuming and it was obvious that it was a labor of love. I have always loved indigo blue fabrics and am even more glad that I have purchased it when I could.

I always learn so much from you. Love the parrots!

The next time I visit my relatives in China, I'll be looking out for parrots! And I'm bringing an extra suitcase....watch out, Thai relatives :)