I was thrilled to have the opportunity to review the gorgeous new coffee table book, HAUTE COUTURE ATELIERS. 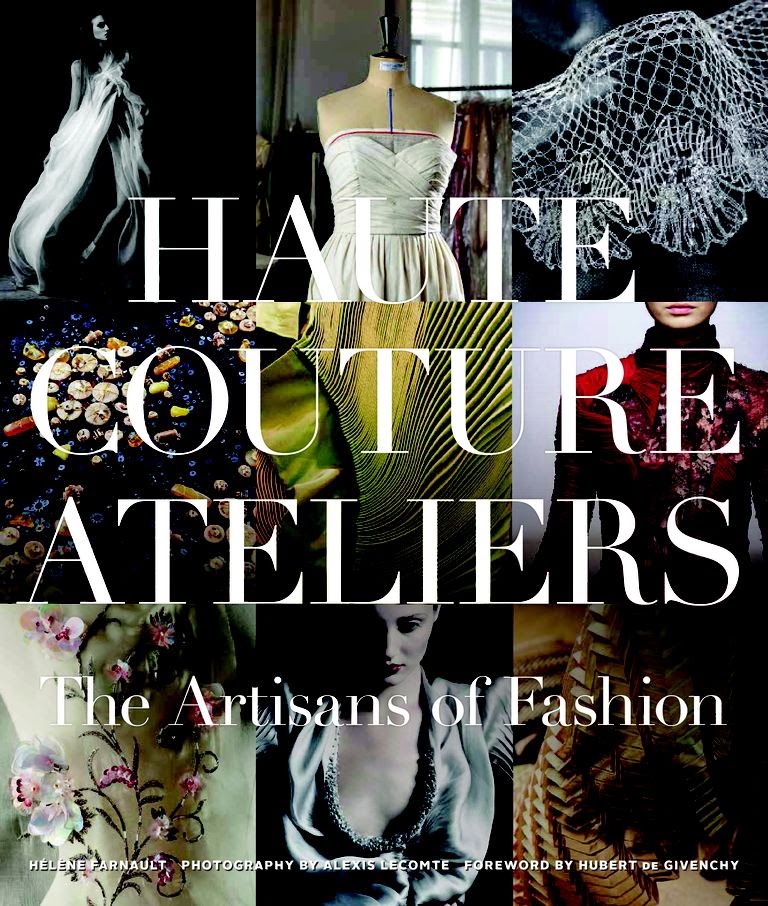 As a lover of beautiful things, this exquisite tome delivers stunning beauty while introducing us to "The Artisans of Fashion" who have until now been hidden behind the scenes. 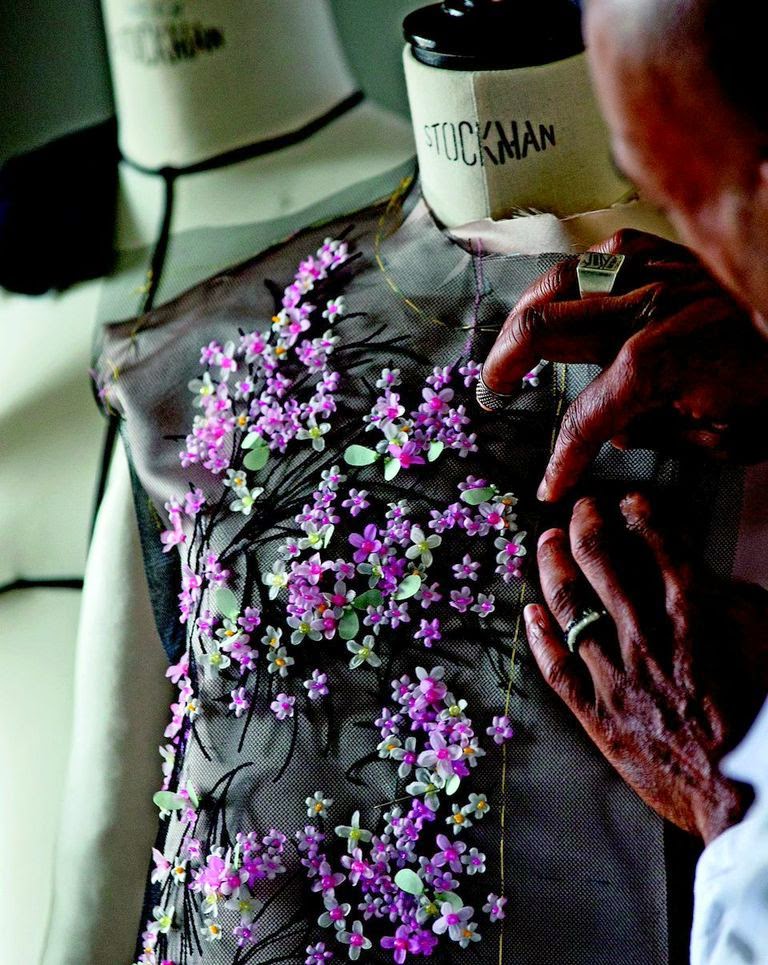 The book begins by introducing us to several impressive designers, or couturiers, who have attained the status of "grand couturier". 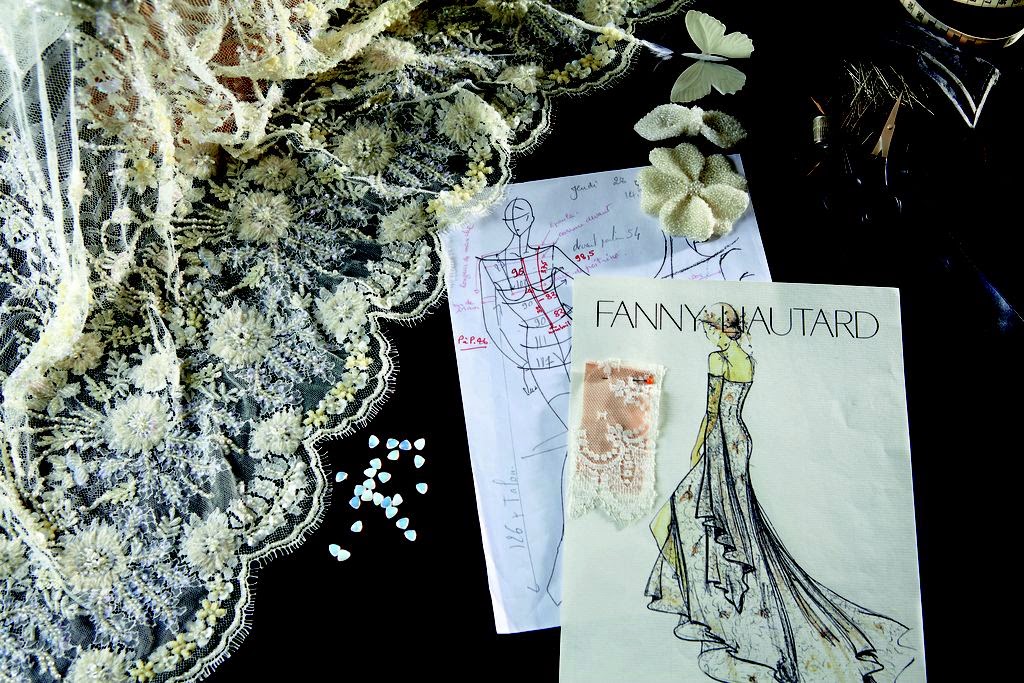 A grand couturier is a member of the French Chambre syndicale de la haute couture, part of the Federation francaise de la couture, du pret-a-porter des couturiers et des createurs de mode. The official criteria, designed in 1945, originally implied presenting a certain number of original models each season, created by a permanent designer, handmade and bespoke models, a minimum number of people employed in the workshop and a minimum number of patterns "presented usually in Paris". 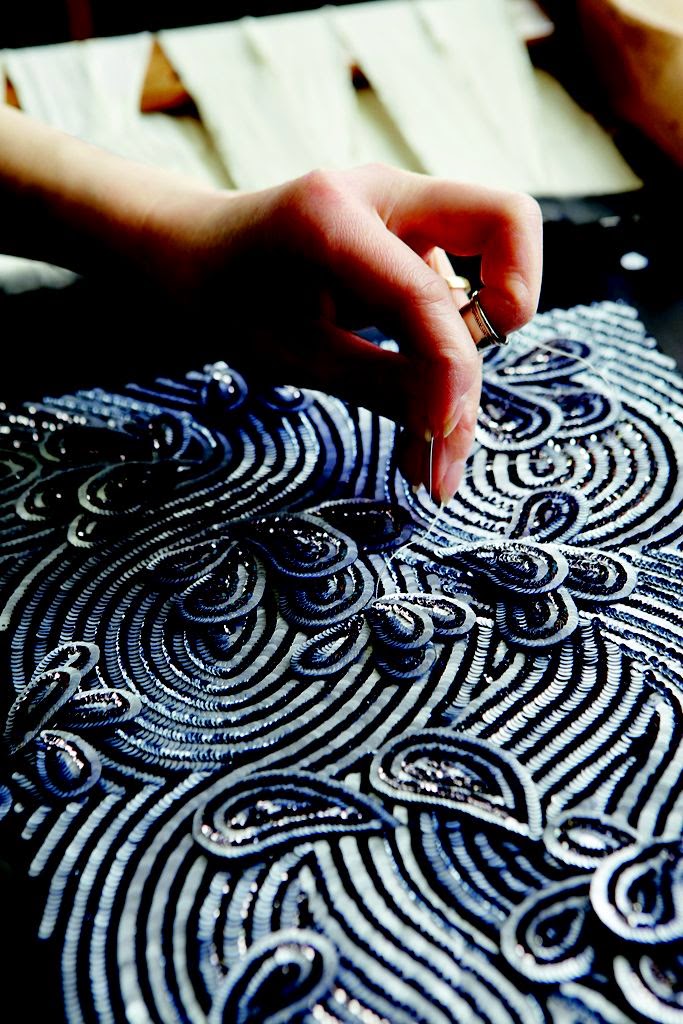 The amazing individuals who bring to fruitition the visions of these gifted couturiers are found in the Craft Ateliers in and around Paris. 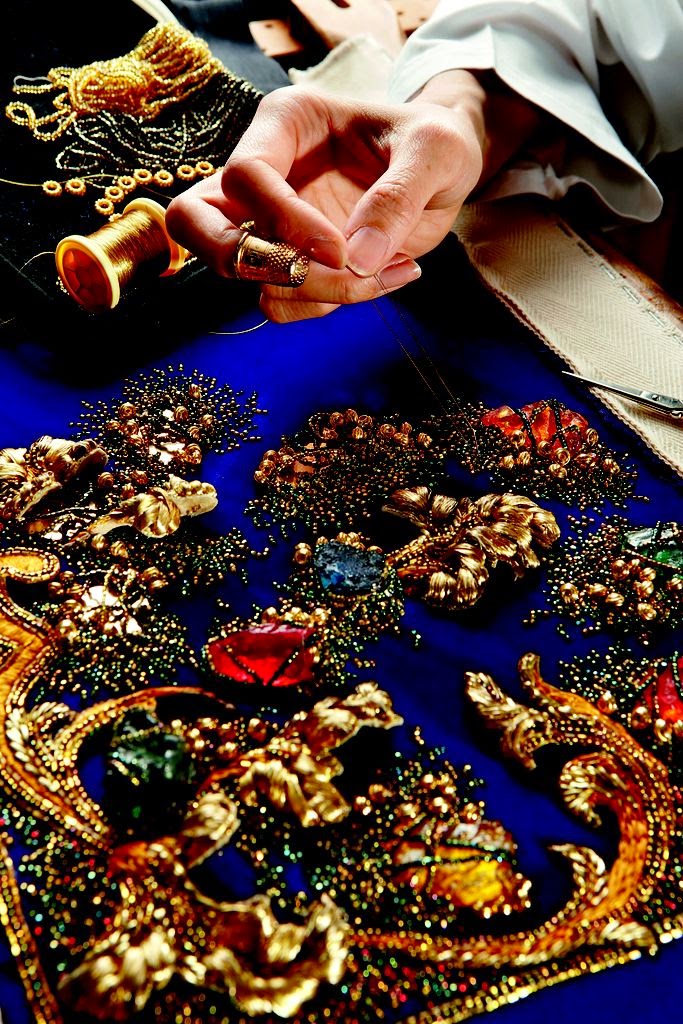 Their numbers are dwindling though... which is why this book, by Helene Farnault, France's leading authority on haute couture crafts, is such a treasure. 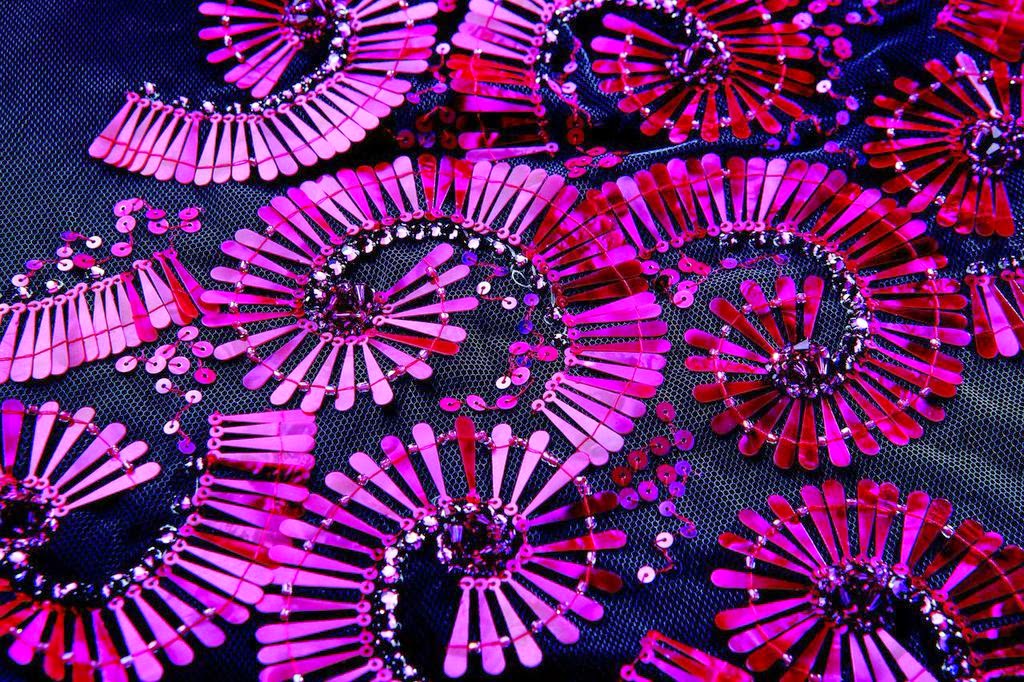 I think most of us appreciate fine craftsmanship and that is what you will take away from this book. 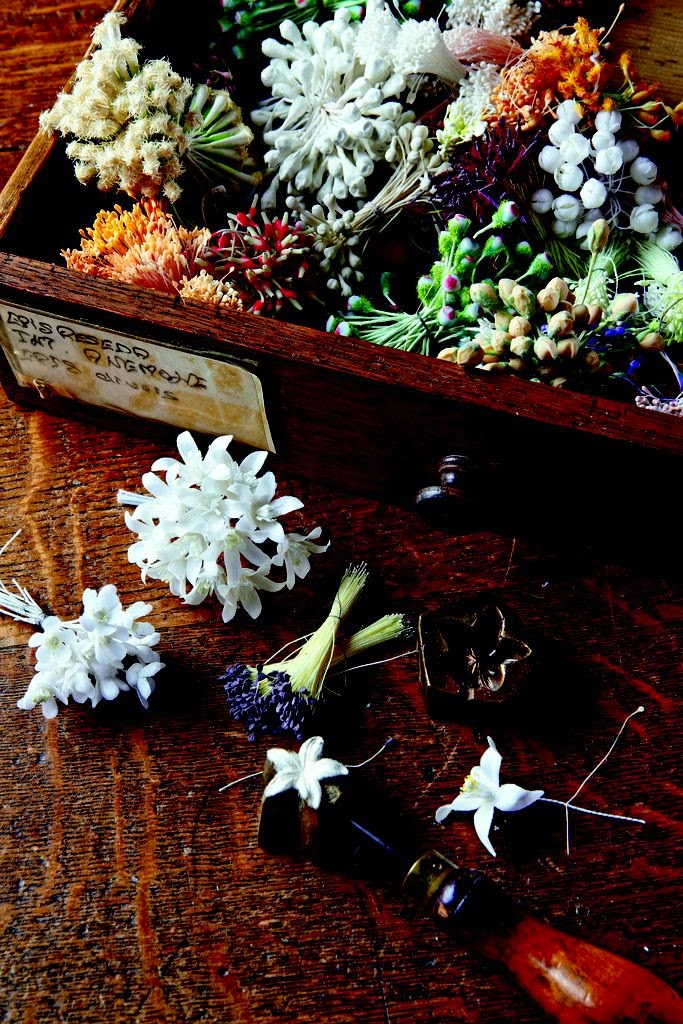 In its essence it is a tribute to the world of small, family owned workshops, and the ancient trades these artisans practice which keep alive the techniques and expertise that might otherwise have disappeared forever. 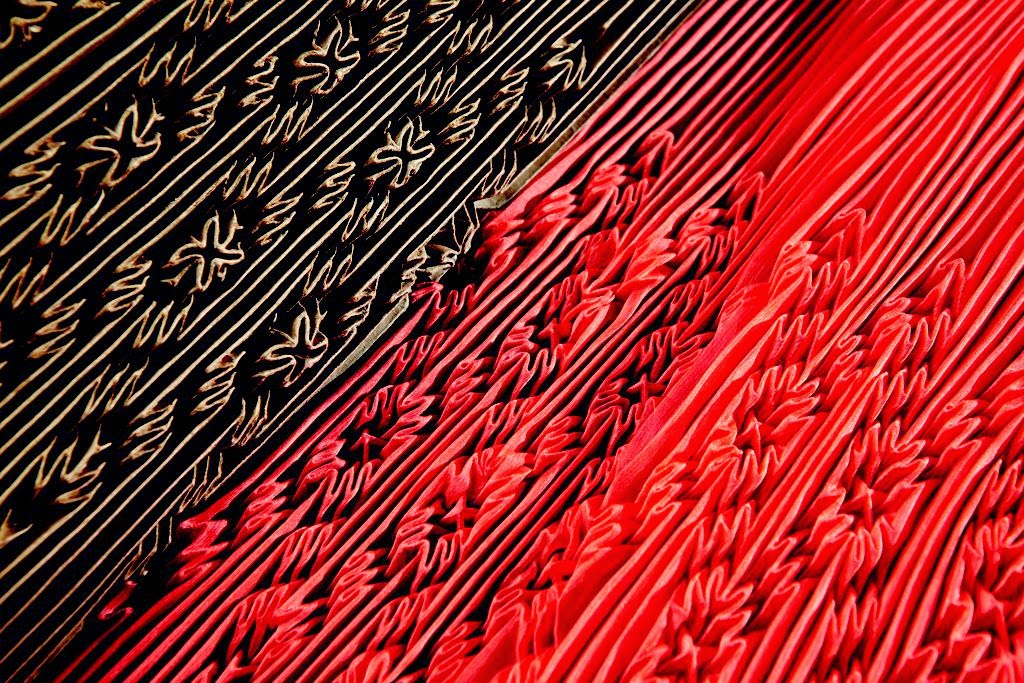 What is fascinating though is how they have evolved their craft. 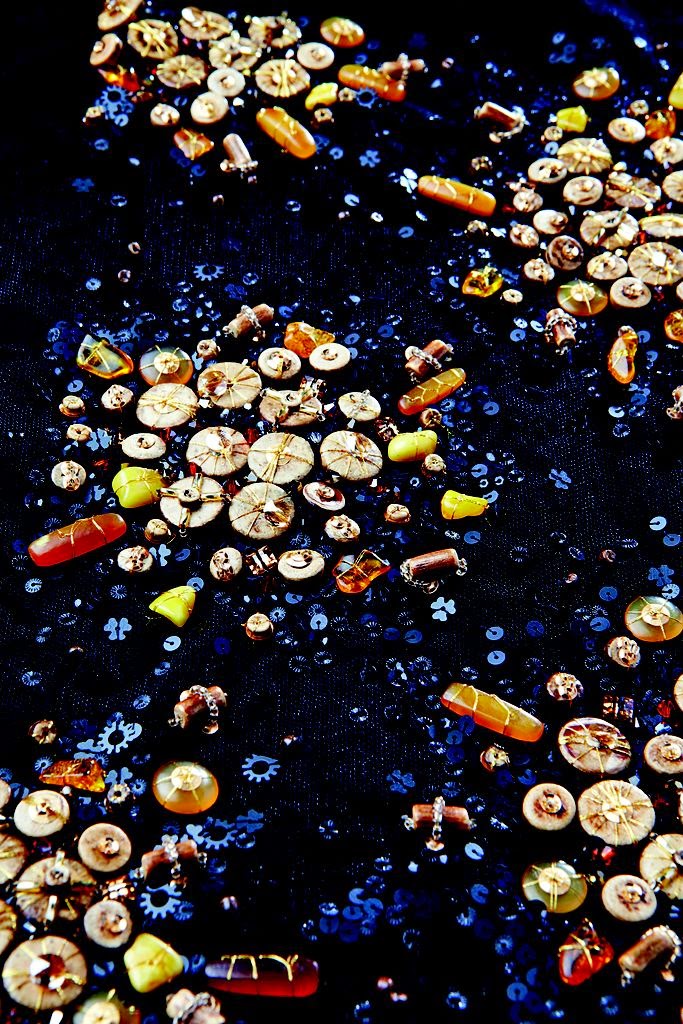 Weavers still use looms, but the ones found in contemporary ateliers now use high speed precision machines guided by proprietary software.

I loaned my copy of Haute Couture Ateliers to a fashion obsessed friend of mine and here's what she had to say...

Beads, wires, ribbons and silk, oh my!
To live in the world of French couture is truly to inhabit the vortex as it passes through the Land of Oz.  In Haute Couture Ateliers, Helene Farnault gathers the flying debris and shows us the profound inspiration of technical artisans who make ruby slippers look like child's play. The author does not deny the future or lament the past but outlines the road forward and shows us how the venerable art forms will march forward. And no surprises here, one form of salvation may be 3-D printing. The other? That as long as the designers create, craftsmen will decorate. By choosing the work of contemporary designers who use elaborate surface treatments, the book reassures us that haute couture embellishment will survive against all odds and years of dire predictions to the contrary. This could be the fashion equivalent of, "if you build it they will come." After a look at surface treatments such as beading, passementerie, pleating, (I thought I understood pleats but now I'm not so sure I did) embroidery and faux flowers, she reveals the inner workings of more ethereal aesthetics such as fans, jewelry and perfume, just to remind us that couture is the entire experience not just the surface. In any event, these lavish arts are the product of hundreds of wizards who exist only in France and only because Paris continues to challenge them.

Well then, Paris was never Kansas.

Terri I love how you have given the inside details about the intricately talented artisans of this fabulous book which I just happened to feature as well!