Alpaca Wool & The City of Paris

Not looking for anything in particular I stumbled upon this amazing 4 yard bolt of vintage alpaca wool in The White Elephant's fabric  dept. 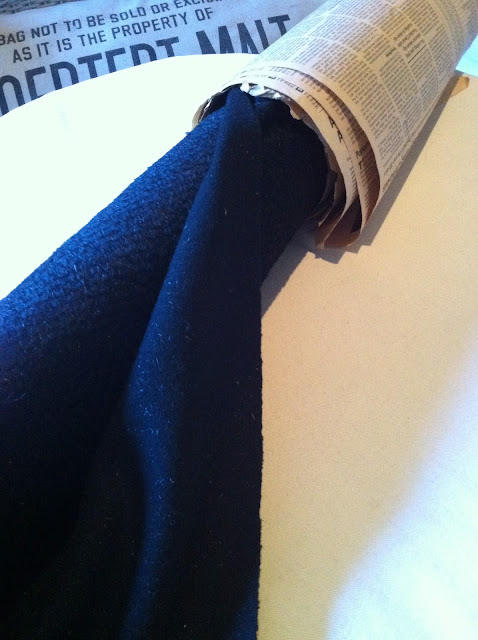 Someone had it wrapped in this old newspaper and stored it like this for almost 40 years! 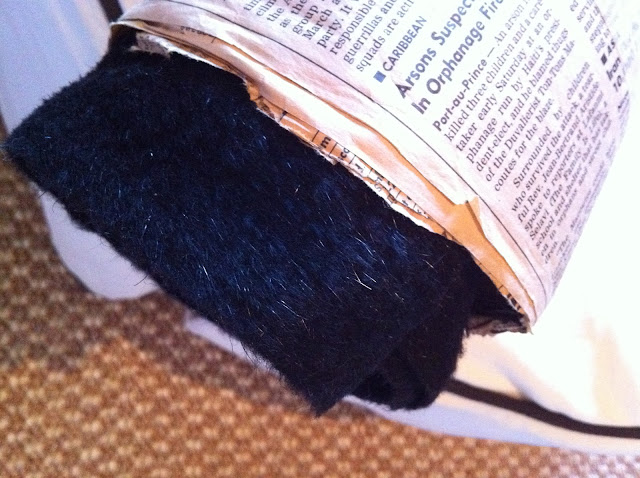 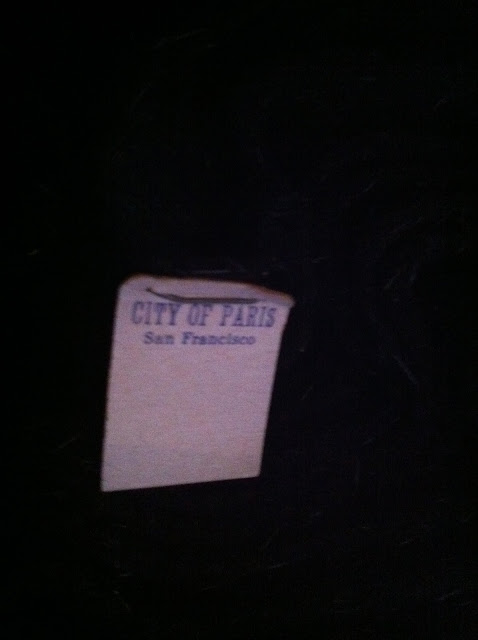 It was originally purchased at the famed San Francisco Department Store, City of Paris. 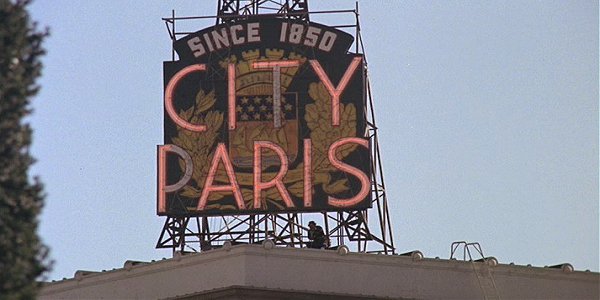 The City of Paris Dry Goods Company (later City of Paris) was one of San Francisco's most important department stores from 1850 to 1976, located diagonally opposite Union Square. 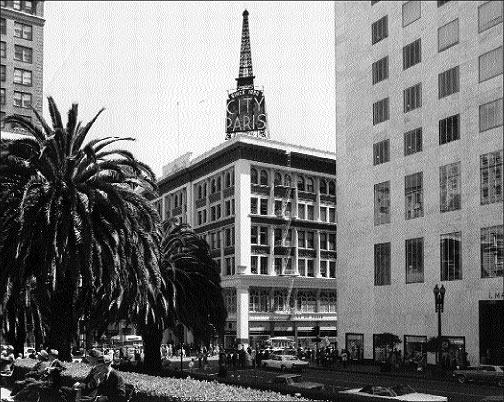 During the mid 20th century it opened a few branches in other cities of the Bay Area. 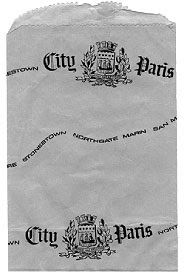 The main San Francisco store was demolished in 1980 after a lengthy preservation fight to build a new Neiman Marcus, although the store's original rotunda and glass dome were preserved and incorporated into the new design. 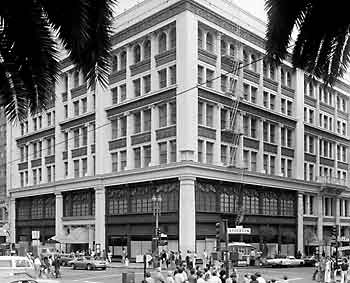 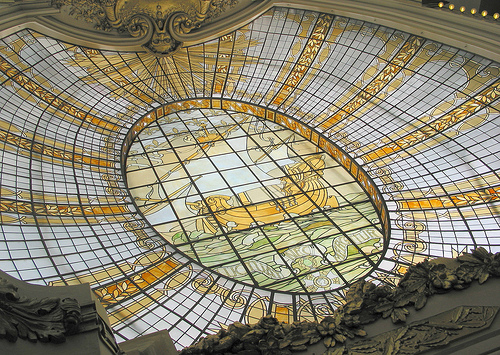 The ship was the official seal of the City of Paris department store in San Francisco. Built in 1909, the Latin inscription translates: "It floats, but does not sink." 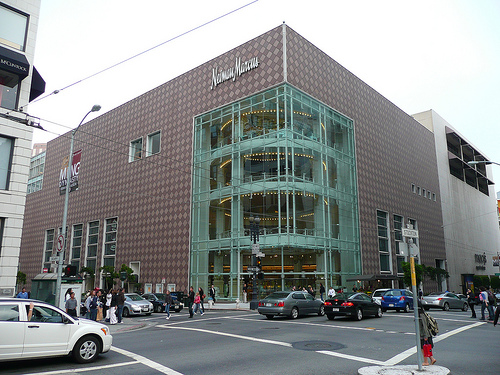 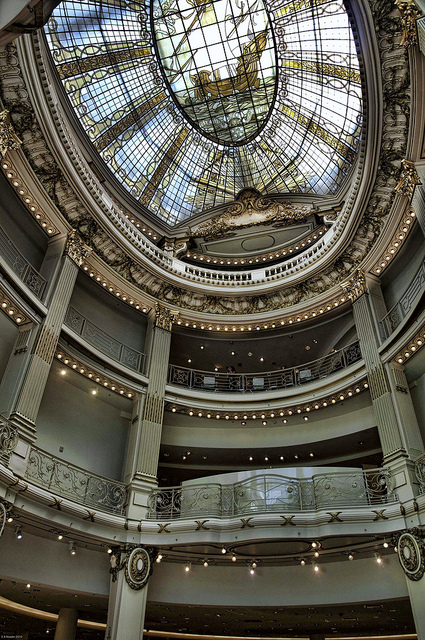 In 1981 the 2,600 pieces which comprised the City of Paris dome were sent to Massachusetts for restoration.  In 1982 the dome was reinstalled by Neiman Marcus as the focal point of its Rotunda Restaurant, only 100 feet from its original location. 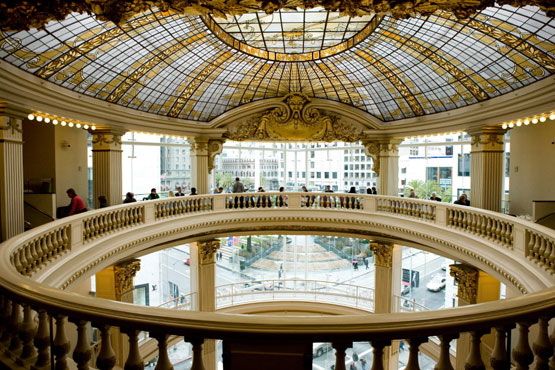 Back to the fabric... 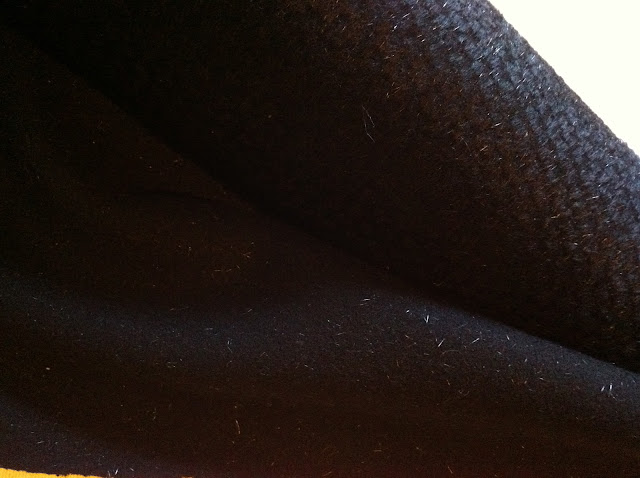 The photos hardly due it justice.
It has a smooth flat side with flecks of silver threads while the other side has this amazing texture and the flecks. 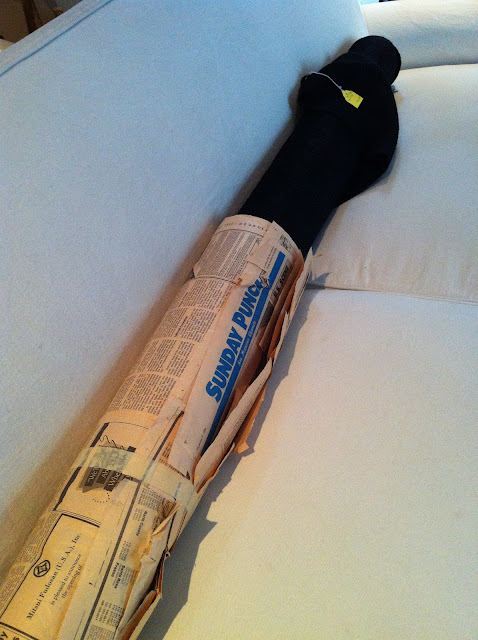 I was told it was intended to be made into a coat, but I was thinking about all the fabulous possibilities for home decor! 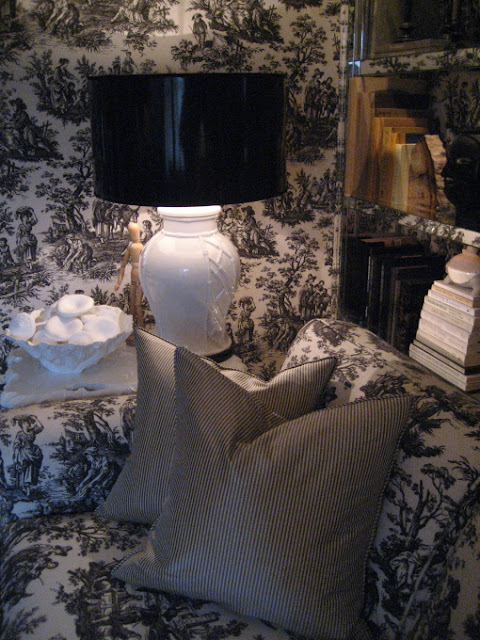 My first thought was for pillows in my black & white toile den/office. 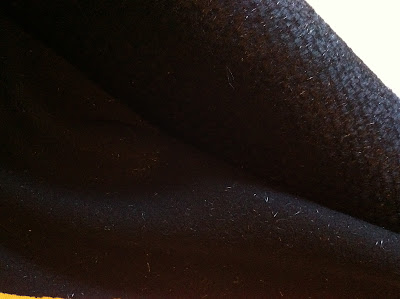 I loved the idea of using a fine dressmaker's fabric to give it that chic Chanel Couture feel. 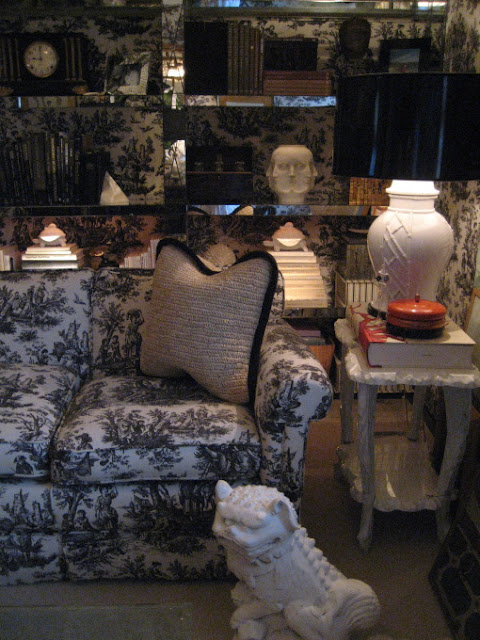 I'm considering making 2 pillows using the smooth side and 2 using the textured side. 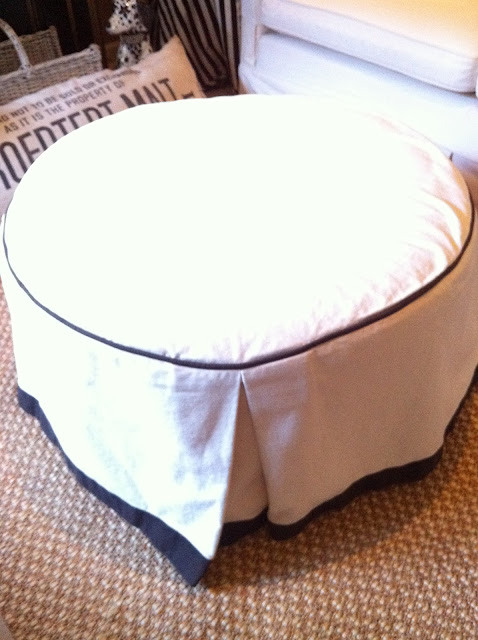 But then my uber talented friend, Lisa, suggested covering my ottoman with it and adding a monogram! 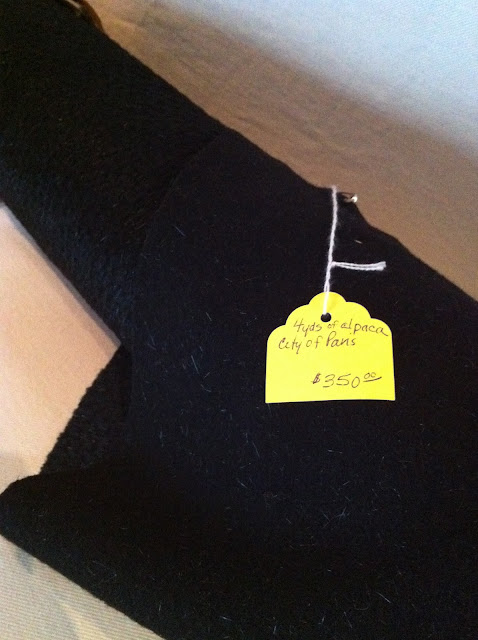 Love the covered ottoman idea with a monogram. I have the most declious alpaca throw on my bed, and an alpaca shawl I wear everywhere, its so luxurious. Let us know what you end up doing!

Love this post...learning about the store and seeing your textile treasure...I am totally on board with your friend's idea for the ottoman with monogram...it will be amazing!

Such fabulous fabric, great find! I love your pillow idea but whatever you choose to do will be wonderful. Enjoy your evening!

That is so cool! I would definitely make a clothing out of it. :D

Loved learning about City of Paris Department Store. I hate it that all local department stores are long gone. I had my own favorites in this town that are long gone. The fabric looks scrumptious....can't wait to see what you'll do with it.

Great find! I am obsessed with the City of Paris! I just bought a large bolt of vintage apparel ribbon. Crazy for it!

I love the pillow idea! I am sure whatever you decide on will be great:)

Oooh, la la! An ottoman with a monogram would be fabulous!

Love that Rotunda restaurant. Enjoyed it when I lived in San Fran and so fun to know the history behind it!!
xo E

I love the ottoman with the monogram idea. I think that would be stunning.

Four yards should be plenty for the ottoman AND maybe some pillows - jut wondering how wide it is? Fantastic fabric.

Well, first I would clutch it tightly to my chest and then I would incorporate it into something permanent. Pillows would be a little too safe...I like the ottoman idea or a blanket for the end of the bed. I am so glad you knew what it was and rescued it from obscurity.

Oh Terri, this is beautiful and how fun to make it into an ottoman cover, I think Trish is right you should have enough for the cover and pillows if it is 54 wide, but it looks more like 42 wide in the picts. The possibilities are endless!!! Happy Monday,KS

Thanks for the trip down memory lane! I grew up on Union St. in the 60's and when we went to Union Square we said we were going "Downtown"!
I worked in the new Neiman Marcus closely after it had it's Grand opening. I worked there for 4 years. I have a lovely dictionary that was left over in our department from a past City of Paris employee. It was given to me because I loved to do the jumble in the S.F. Chronicle on a daily basis in our stock-room on the 3rd floor. ;-)

What a great find! How about making yourself a blazer? I remember visiting the City of Paris in the 1970's when I came to SF on business. You might be able to cover an ottoman, but figure out the size of each piece yourself. Upholsterers go crazy with fabric and waste a lot of it. With the proper lining, etc, you might have enough for the ottoman and two pillow faces. Don't waste a lot of fabric on the hems and the pleats on the corners. Maybe you can match the color of the fabric and use something else for the inside of the pleats. Keep us informed! Ann