~A treasure of historic importance~ 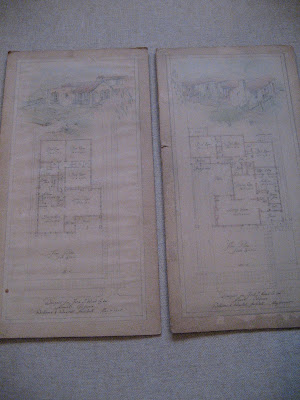 I promised I would reveal the wonderful treasure I found in the "ballroom" at The Mulvaney estate sale last weekend. Underneath a table, in a box of junk, I pulled these out... 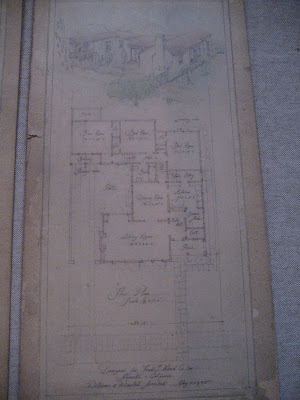 At first, I was not quite sure exactly what I had unearthed. I initially assumed they were the blueprints for the Mulvaney house and I excitedly put them into my pile. 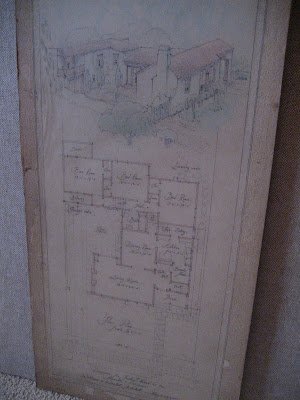 After I paid for everything, my friend Catherine and I began to load our loot into the trunk of my car. She saw the blueprints and declared " Wow, I think you scored a serious treasure!" 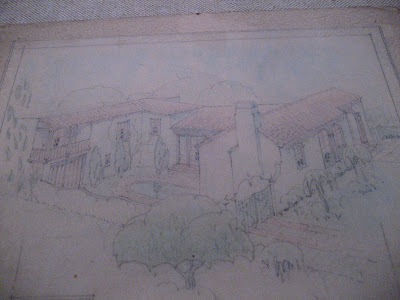 It wasn't until we stopped at my Mom's house, which was just down the street from the estate sale, that we were able to take a closer look at them. 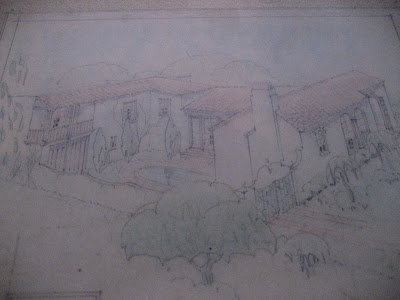 It became immediately clear that neither set of blueprints belonged to the Mulvaney house. 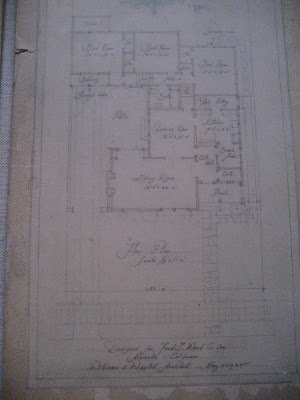 Suddenly, we had a mystery on our hands. Were they spec homes that J.J. Mulvaney built back in the 1920's or were they drawn up as alternate choices for his personal residence? 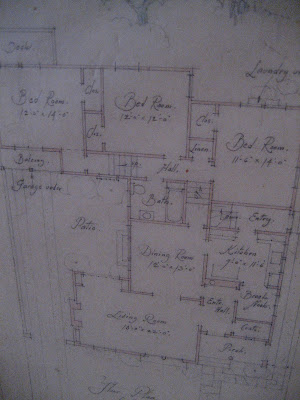 It's still a mystery. All I can tell you right now is, they are original hand drawn blueprints dated May 11, 1925. Designed for Fred J. Wood Co. Inc. Alameda, California. Williams & Wastell Architects. 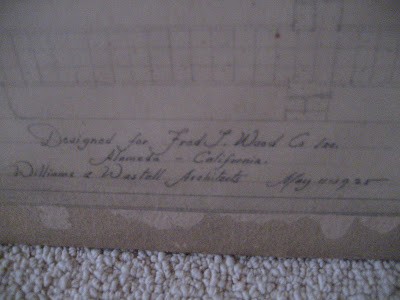 I googled Williams & Wastell Architects and found that they are listed in the Register of Historic Places in California. Their firm designed several historic buildings in the Sacramento area. I found a link to a hacienda style home they designed, in the Oakland Hills, that was featured in the August 1927 issue of Sunset Magazine! 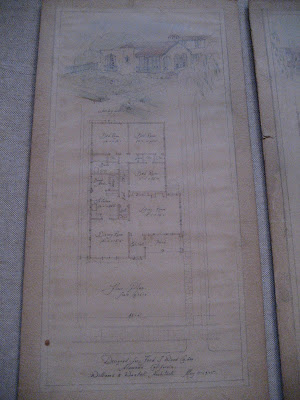 It seems I found a very old and priceless piece of Alameda history! 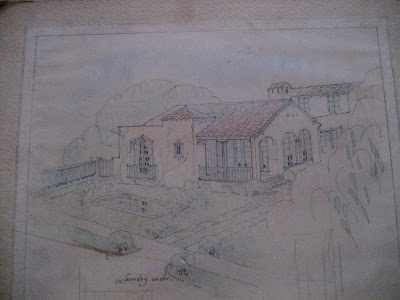 An architect friend of ours, insists, that if I drive around the surrounding neighborhoods, and look very carefully, that I will find these 2 homes! 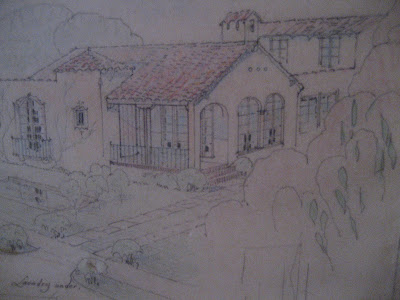 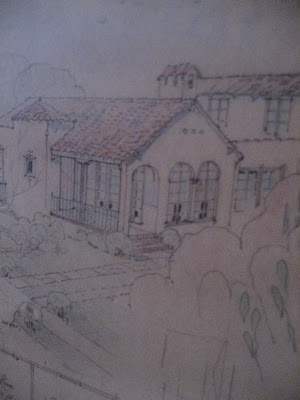 They are so grand and detailed, yet so cozy and intimate at the same time! 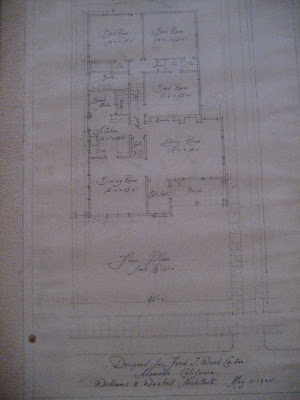 I think they would be very desirable today, with more and more people embracing smaller homes. 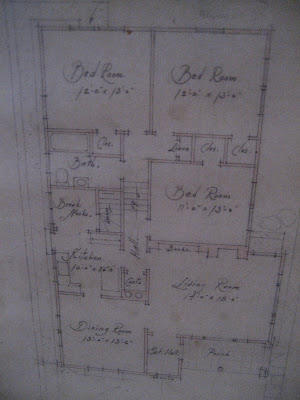 My sweet husband said maybe one day he might build one of them for me! 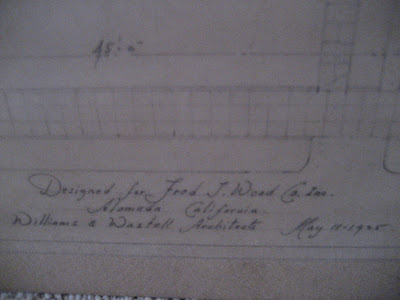 Now that would be a dream come true!

Terri, you did find a true treasure, I love house blue prints but to find one of the Mulvaney house and of others in Alameda that is a real treasure, these will be wonderful framed as art work, where will you be putting them? I can't wait to see??? Hugs Kathysue

I know your sweet Chris would build you one in a second. Best part would be the kitchen would have every gadget known to man kind so he could cook you amazing meal after amazing meal.

I am sure you could unearth amazing things to put in that court yard.

One last thing, how much storage could you add for finds you haven't decided what to do with yet?

omg what a score!

treasure trove... may all of your wishes come true... blessings to you this christmas season... x pam

What a treasure to find and all the better because they have a mystery attached. They would be gorgeous framed and filling a wall wouldn't they? Now go find those vintage embellishments! XO

I am so glad you appreciate the treasure that you have of our family...my cousin was Marion and my mom and she grew up as sisters and ran around in the house as children...I knew Alma and not JJ, but heard alot about him....my dad was good friends with Marion's brother Jack, who was killed in the war. I didn't know about the estate sale until late...too bad...I felt sad if someone bought her wedding dress....and didn't appreciate it...anyway it was cool of you to have this blog....I miss Marion and Alma...Jane Parsons..Chico, CA

Does anyone know who purchased the reindeer and how much they paid for them?

My in-laws own a Williams & Wastell spanish colonial in the Berkeley hills, It is truly a magnificent home. The attention to detail is astonishing.